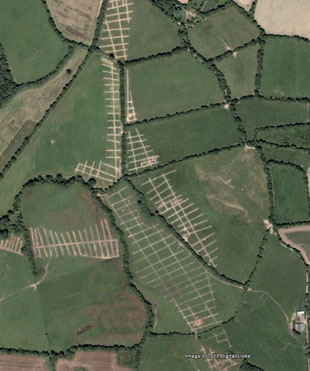 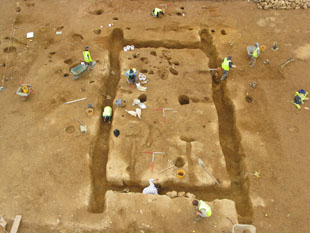 In 2010 and 2011, TVAS (Ireland) Ltd carried out archaeological works on the proposed M11 Gorey to Enniscorthy road scheme. The scheme comprises approximately 30 km of new motorway, as well as an 8 km N30 bypass and a 4 km N80 link road.

Archaeological work included assessment of sites previously recognised and searching for sites without surface expression by mechanical test trenching. A total of 130 archaeological sites were identified during testing. These sites ranged in date from c. 4000 BC to the 19th-century and included houses, ritual sites, burials and industrial and vernacular structures. As many as 130 archaeologists worked on the scheme. As preservation in situ was not a feasible option, the resolution strategy for these sites was preservation by record, i.e. full archaeological excavation.

Excavations were completed on time and within budget. The project is now in the analysis and reporting stages.

Have a look at our 2010 News section for an idea of our findings so far.

The project was funded by the National Roads Authority through Wexford County Council.